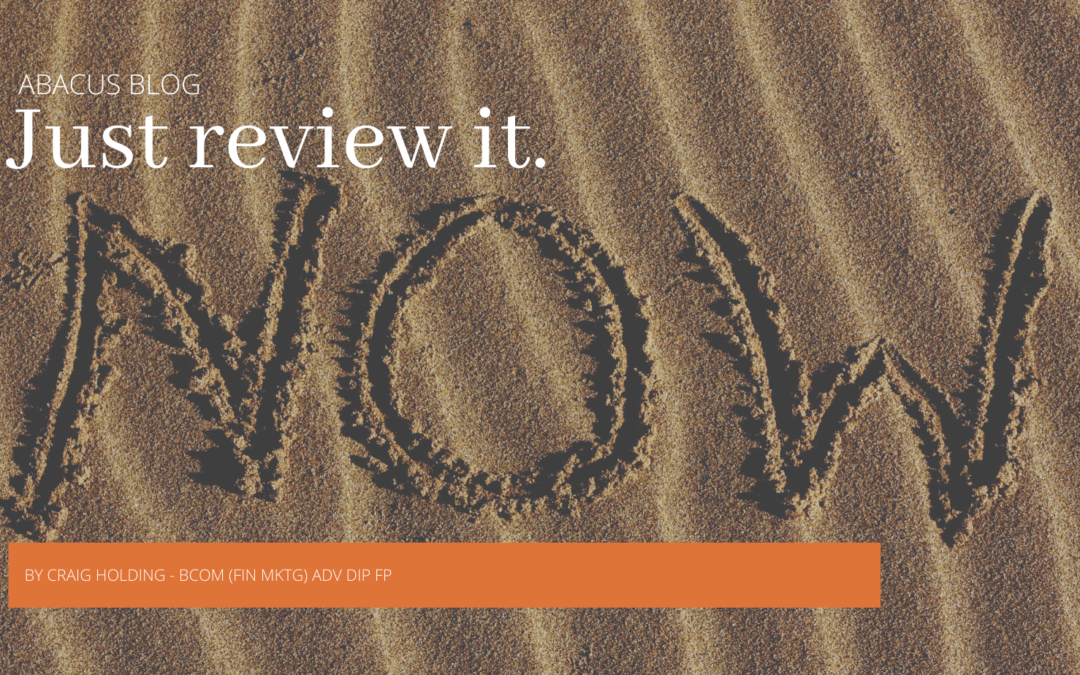 I was chatting with a client the other day. I’d not heard from him for several years, despite regular nudging. This was the last in a series of meetings designed to take him through a full financial planning review process: life goals, timelines, strategies, risk, current products and proposed changes to align everything to his plan. He knew his finances needed an overhaul but had put it off for almost two years. This delay was the subject of our discussion.

It turns out my client, let’s call him Warren, uses a system to decide what to focus on. For him, there were a few really important areas in his life (career, relationships, finance, that sort of thing) and he liked to focus on one area at a time. When I think about it, I suspect many of us work this way. Making a success of any endeavour requires a degree of focus and when we focus on one area of our life, other areas can be neglected.

Warren did admit that, on this occasion, the focus might have cost him. He was working on a couple of very important projects that would propel his career forward, and this had worked. He feared the work his finances needed would be complex and arduous (it wasn’t), so he decided to put it off. But he had not considered the urgency factor. Had he taken action on his finances earlier his money would undoubtedly have been working harder for him in the intervening period. As the great Albert Einstein reportedly said, ‘compound interest is the eight wonder of the world’. Financial decisions are often about investment and the longer one sticks with an expensive product, the greater the drag on growth.

This reminded me of another great man, Dwight Eisenhower. Well know for his incredible productivity, Eisenhower achieved a huge amount in his life, before, during and after serving two terms as the president of the United States. He developed a tool to help with decision making, commonly known as the Eisenhower Matrix. It was predicated on separating actions into four distinct possibilities: – 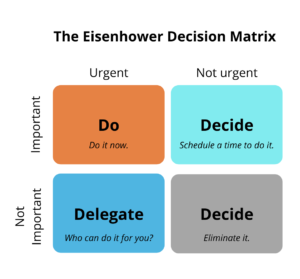 The matrix is a useful tool for both short and long term planning. Had Warren used it, he might have decided that sorting out his finances was indeed important but perhaps not urgent, which should have led to him scheduling it. Instead, he decided it was not urgent or important, and effectively deleted it as a task. Lucky for him, I didn’t, and my polite nudges finally did the trick.

At the end of our conversation, Warren summed it up perfectly. I asked him what he might do if we could go back two years and make the decision again. His reply – “just review it”.